Home All What Are Special About Lunar New Year In Vietnam?

Most people, especially people from Western Countries, think that only the Chinese celebrate Lunar New Year. However, this festival is one of the biggest events in many Asian countries, including our Vietnam.

Even though there are some similarities such as dragons dancing through parades, decorating houses with red, and cooking a bunch of foods, in each country, there are also some typical differences reflecting the cultural characteristics of the country. 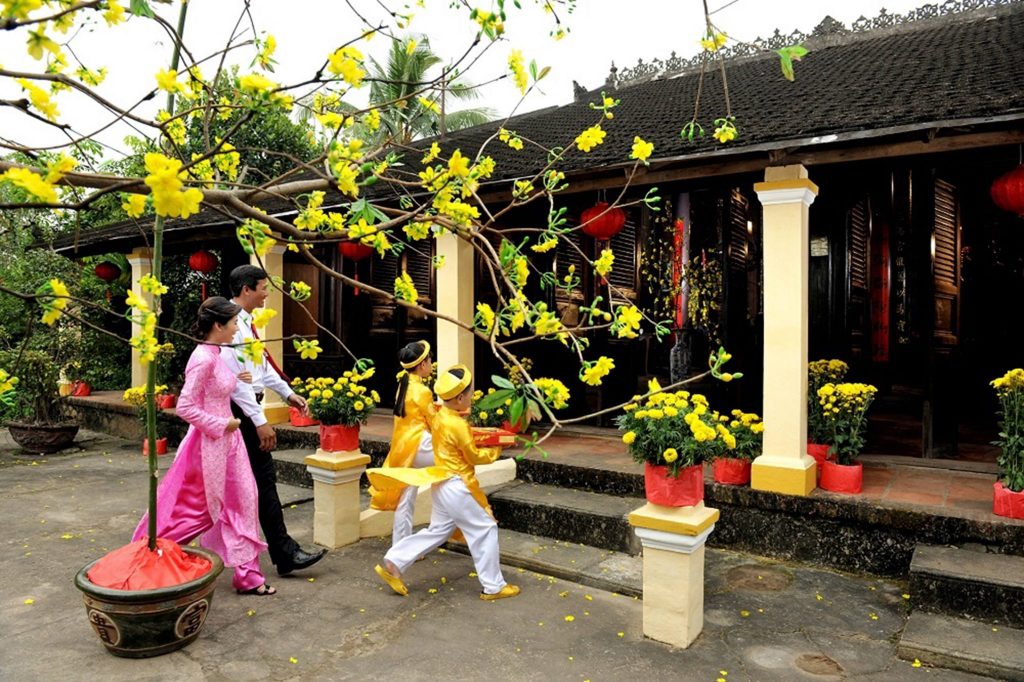 Well, Welcome to Vietnam! In this article, I would like to introduce you some specialties of Vietnamese Lunar New Year. 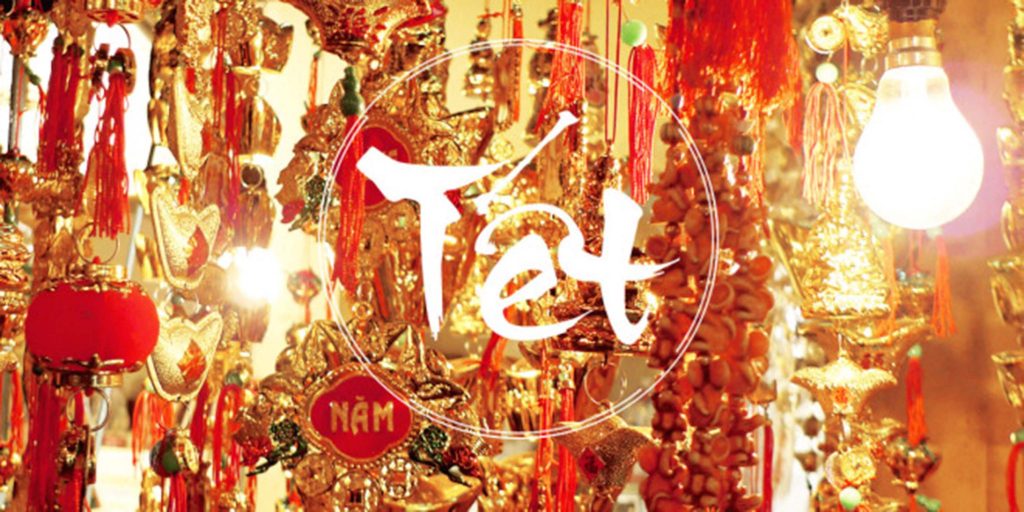 This is the pre-Tet stage which make the atmosphere across the streets become super-vibrant.

In this stage, people is going to clean and decorate houses from inside out. As same as other countries, Vietnamese like red and yellow decoration because we believe that those two colors can bring much luck to houses. Moreover, Vietnamese also prefer having a big tree during Tet holiday, which is similar with having a Christmas tree decorated with ornaments  on Christmas Eve in Western Culture.

However, In Vietnam, the favorable trees at Tet are apricots and blossoms. 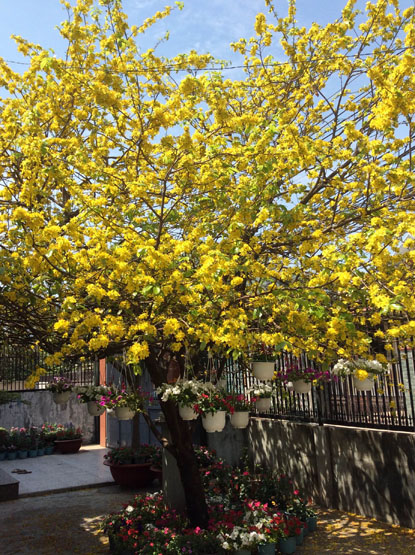 Besides having the big trees in a house, there is also one activity at Tet which people from Western Culture do before Christmas is buying new clothes and save it to wear on the very first days of Tet. We believe that by wearing new clothes, the new and better things will come throughout the new year.

Talking about customs at Tet, I think it takes years and years to learn all about them. Therefore, in this article, I would just discuss about some of the most popular customs which still exist in the current age.

In Vietnam, we believe that there are 3 Gods who are responsible for managing the kitchen. Every year, the Kitchen Gods make annual report to Jade Emperor of the family’s affair throughout the year. Therefore, 7 days prior to Tet, each Vietnamese family celebrate a farewell ceremony for The Kitchen Gods to go up to Heaven Palace and have “ a meeting” with Jade Emperor. Additionally, their vehicles are Carp Fish. The bigger the fish is, the faster it can reach out the heaven. 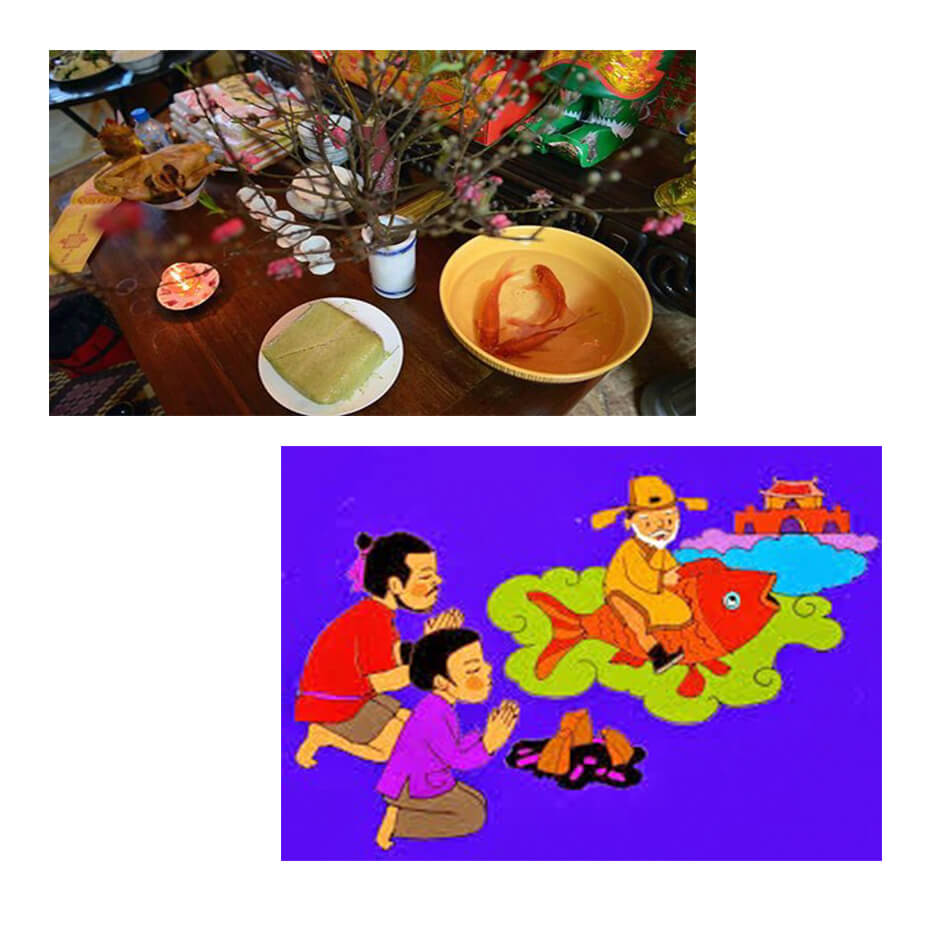 On Giao Thua, we prepare a plate full with different types of fruit and laid it on the ancestor’’s altar. The plate must contain five to eight kind of fruits. According to the Asian mythology, the world is made of 5 basic elements: metal, wood, water, fire and earth.

The common fruit that the Vietnamese usually choose are a bunch of bananas, a pomelo, “”Buddha’s-hand” fruit, oranges, tangerines, apples, and  persimmons. Everyone chooses the best looking fruit and arrange them in a pyramid. because we believe that the plate of diversified and delicious food is going to make the New Year more lively and sacred.

From the Vietnamese perspective, Giao thua is the most sacred time of the year. Therefore, we believe that if good things come to the family on the first day of the year, the entire following year will be full of blessings. And thus, the first house guest offering the first greeting is very important because there is the belief that the first visitor determine the fortune the entire year. Additionally, people would never enter to others’ houses on the first day of Lunar New Year without being invited first. A person with good temper, morality and success are the ‘’hot” showman who will be invited by many houses’ owners.

To some careful and traditional owners, they choose to leave the house a few minutes before midnight and step into the houses firstly. By doing so, they can make sure that they are the first person entering to the house, and thus, no matter what happens throughout the house, they will not blame on anybody.The act of being invited to the house is called “Xông nhà” or “xông đất”. I think this custom is essential for foreigners to be aware of, then you can avoid some awkward circumstances. It is nice if you are invited to be the person who will “xông nhà”. Otherwise, you can stay at home and do not enter to any houses of Vietnamese.

Older people give away the red envelopes to children, which is the cultural practice has been maintained for generations. Because the red envelope symbolizes luck and wealth, the elderly hope that the young generation could be happy, healthier and luckier in the upcoming year. 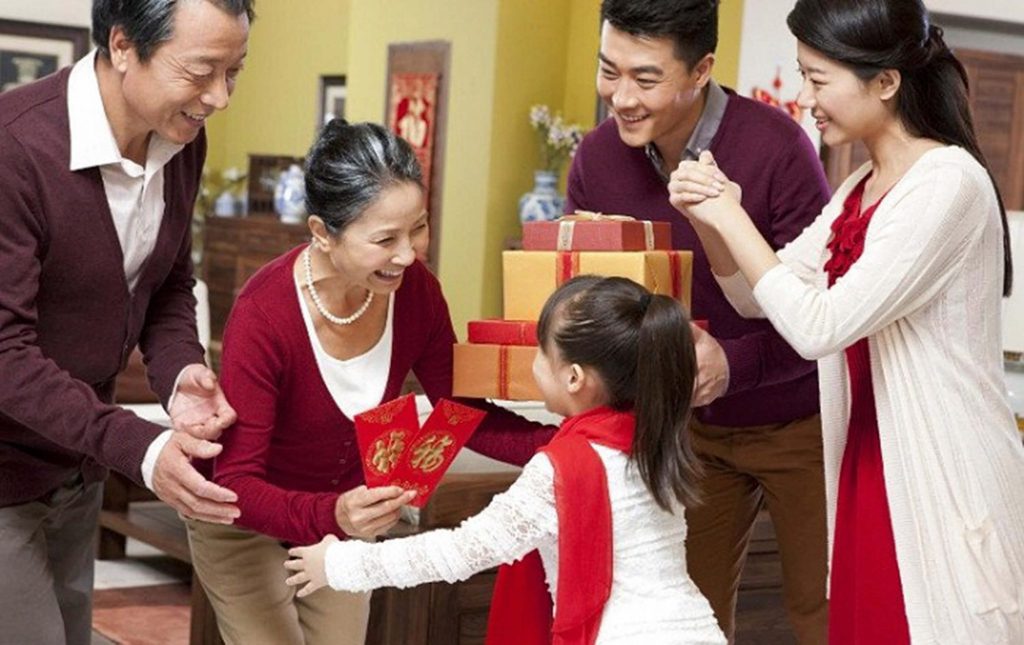 Commonly, the amount of number must end with an even number because odd number would be considered horrible omen for the new year since traditionally the odd number will be reserved for funerals. If you stay or travel within Vietnam during Tet, you can try to give away the red envelope to children. Then, they will send you wishes, which I find it really cute and touching.

Visiting pagoda on the first day of the year is a deep-rooted tradition. At Tet, we would like to spend time on spiritual life and pay respect to the religious institutions.To me, I just go to one or two pagodas during Tet. However, my grandmother and my mother might visit more than ten pagodas. They said that while going to pagodas and temples, their stresses and worries throughout the previous year are demolished by breathing in the aroma of burning incense and flowers. 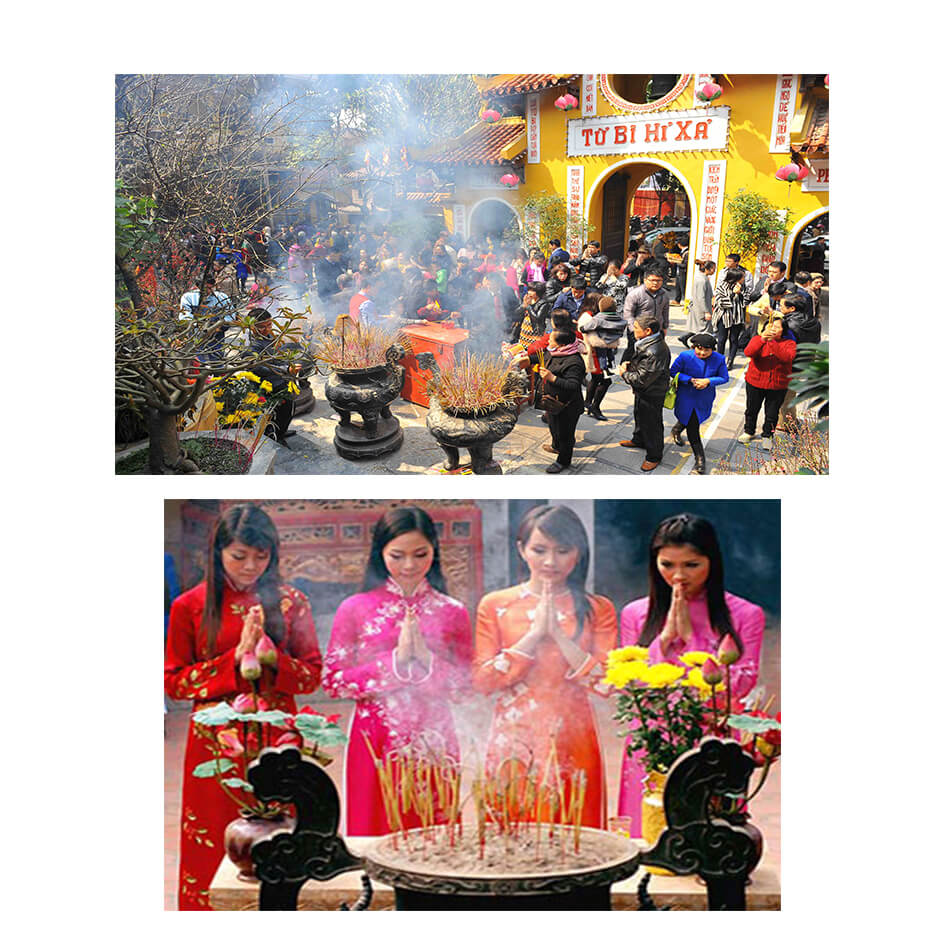 This article is written based on my experience and researches. There must be more about the Tet holiday, which can takes years and years to discuss. However, I am going to write some more articles about “Places to visit Saigon during Tet holiday” and “ Special traditional food at Tet”, which are the most considerable topics to you. Right?

Have You Tried Tet Food?