Lately, there were a lot of changes going on with the fee of transferring money in Vietnam. If you have not acknowledged that Vietcombank (VCB), one of the biggest state commercial banks in Vietnam, adjusted its transferring and maintenance fee, you definitely should read this article because there are many choices when opening a bank account in Vietnam.

Below are tables showing the differences of services’ fee between several big commercial banks in Vietnam. 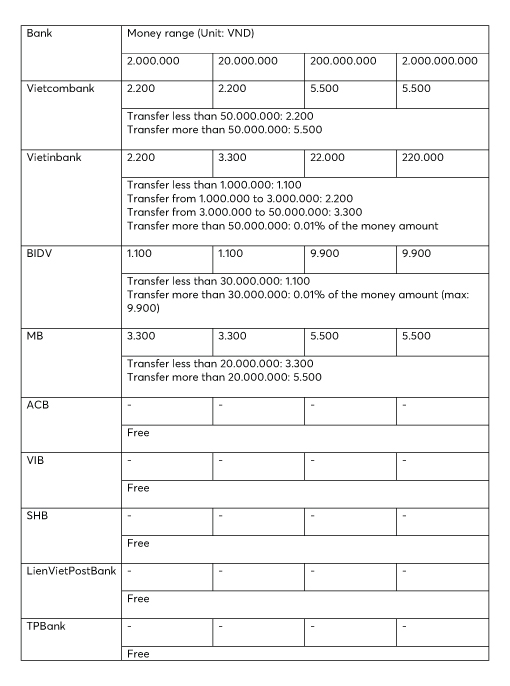 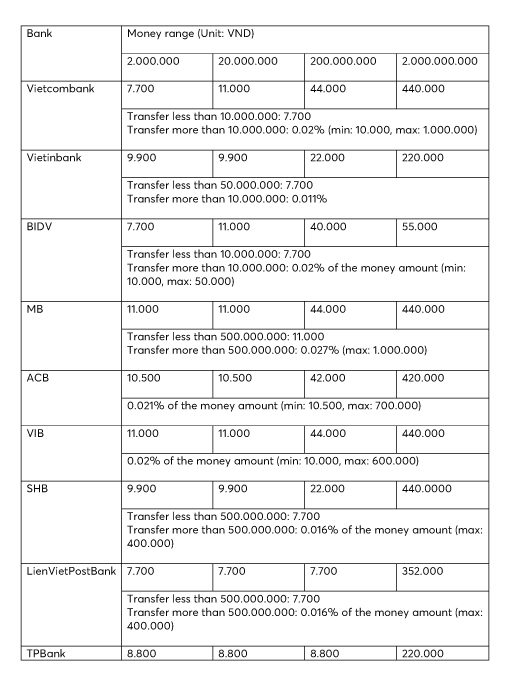 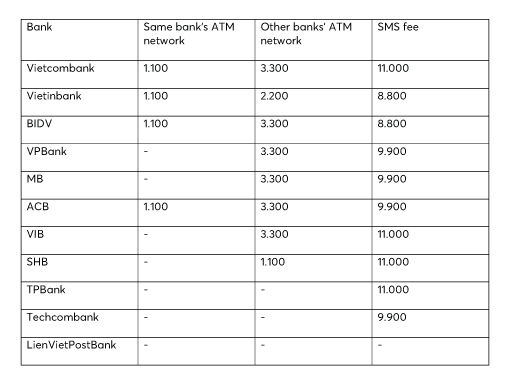