Chat with us, powered by LiveChat
Home Viet Nam Discovery Where is the largest Japan town in Ho Chi Minh city? 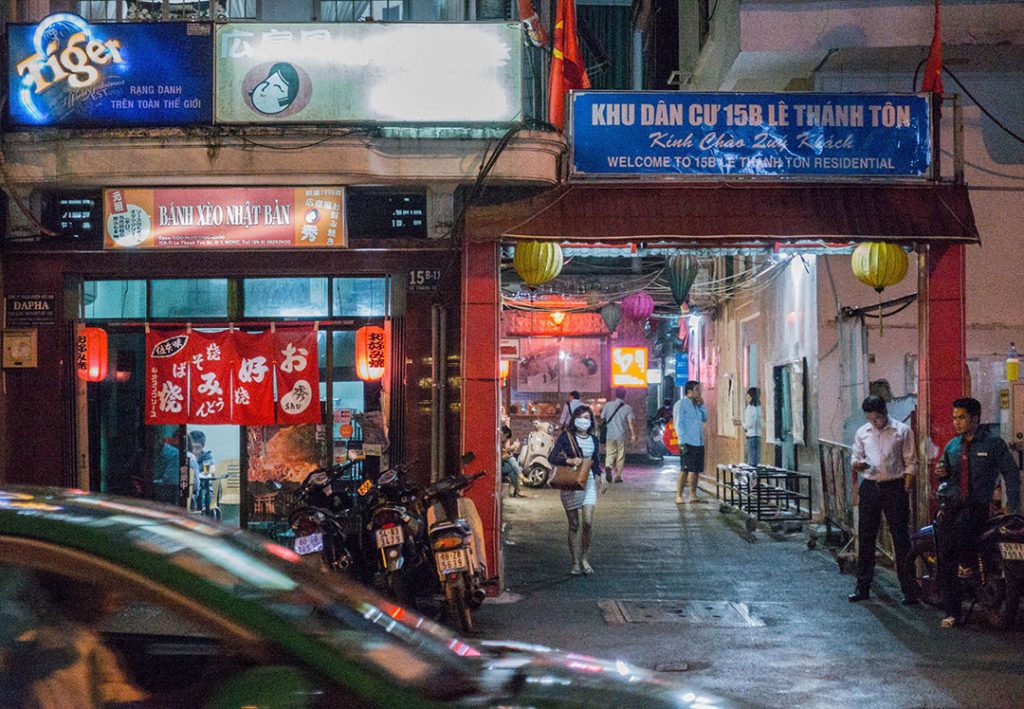 Where is the largest Japan town in Ho Chi Minh city?

Having first arrived in the early 1990s, the Japanese community in Ho Chi Minh city today is one of the largest and longest-standing expat groups, giving way to an entire neighbourhood of sushi joints, whisky bars, closed-door massage parlours and kitschy gift shops. 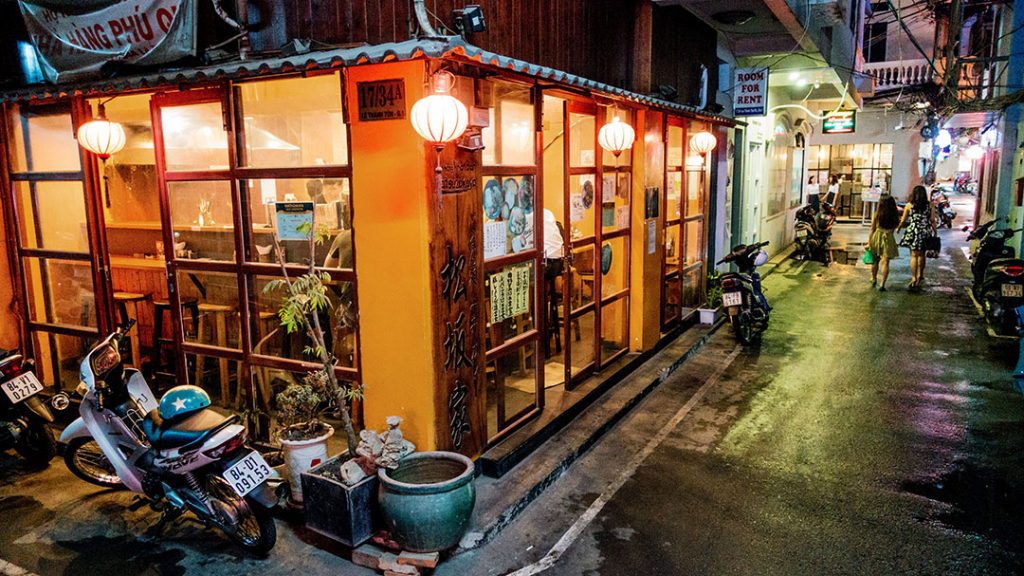 Different from other streets for foreign communities in town like the backpacker area on Pham Ngu Lao, Bui Vien and De Tham streets or the Korean area on Pham Van Hai Street in Tan Binh District as we mention in this article or a mixed community in HCMC’s District 7, Little Japan doesn’t have an animated look or exciting atmosphere but the simple wooden doors of the restaurants there covered by the curtains hung under the signs mostly in red, black and white colors and the tranquility make the place attractive.

People can have a closer look at this Japanese community whenever they enter the graffiti alley at 15B Le Thanh Ton. Especially, there’s a map of the whole residential area at the entrance of the alley and security guards are there to show where people can park their vehicles. No noise and no garbage is another highlight of the place. 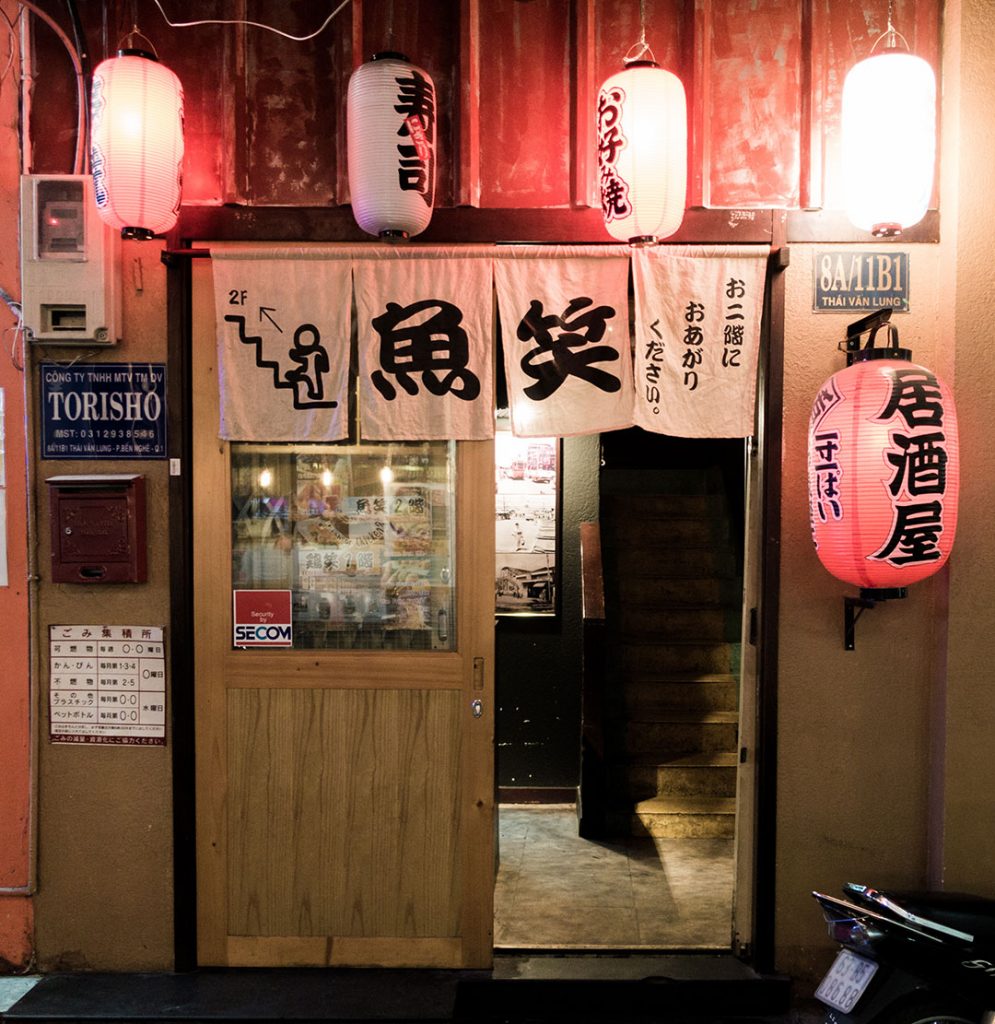 Located in the alley at 8 Le Thanh Ton, Utopia Café is also a must-go-to place as it is considered an information center for Japanese strangers in the city as well as a relaxation place for Japanese expats to read books, newspapers, magazines, novels and even mangas. The café was created in 2000 by two Japanese men, Ebuchi Shinya and Sasaki Hideki. The duo also launched a foundation to help Agent Orange victims in Vietnam.

Other popular venues in the Little Japan area are Star Kitchen, a cooking studio created by Yuya Arashima, a 31-year-old man from Tokyo. The studio has recently drawn much attention of locals and foreigners who come to study how to make cakes and join in some cake tasting events; and Pizza 4P restaurant owned by Yosuke Masuko that receive positive comments from diners and some prestigious travel websites. 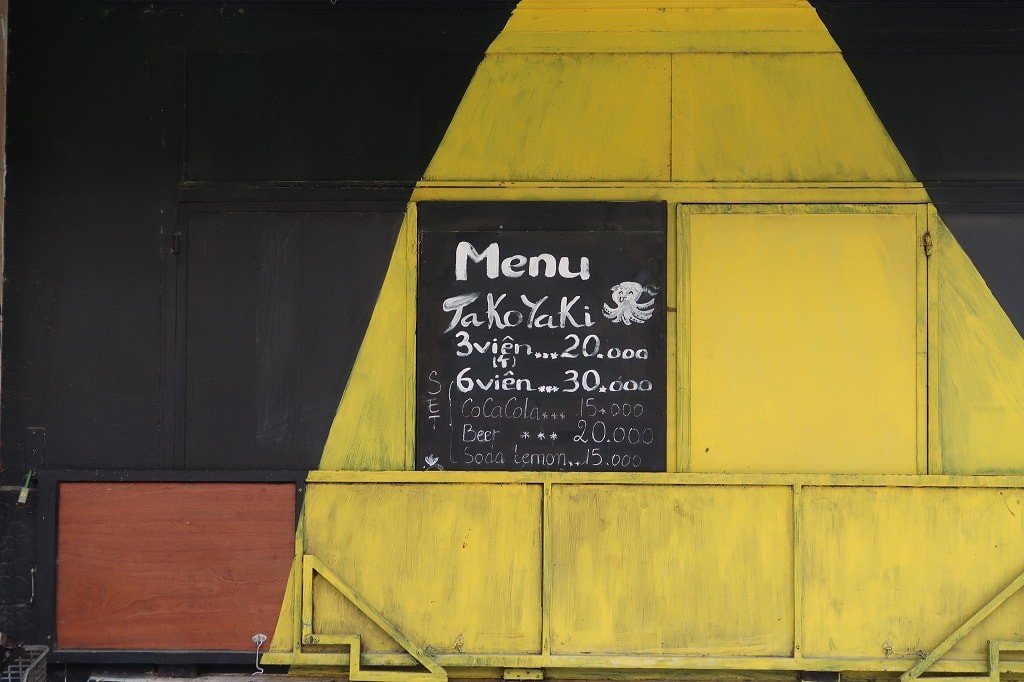 In Binh Thanh, less than three kilometers from Saigon’s Little Tokyo, a second Japanese neighborhood has sprung up. This is an area where Forever 21 has yet to replace the tailor, where the pho lady still claims her sidewalk, and where the gaudy facades of the city’s mega-malls have yet to break ground. Ironically, on some blocks, it’s also an area where noodles and banh mi have been replaced by spicy tuna rolls and miso soup.

This new Japan Town sits in contrast to its more popular older brother. This iteration is smaller, more reserved, and less seedy. This destination is not purely Japanese, just as it is no longer wholly Vietnamese. Whatever it is, it’s working.

Sushi Nhi serves some of the tastiest sushi in Saigon. You can spot it easily with twinkle lights strewn along the balcony and a crowd of people queued in front of the three-story building. Don’t miss the nigiri and the sashimi, which pair perfectly with a cup of hot sake. 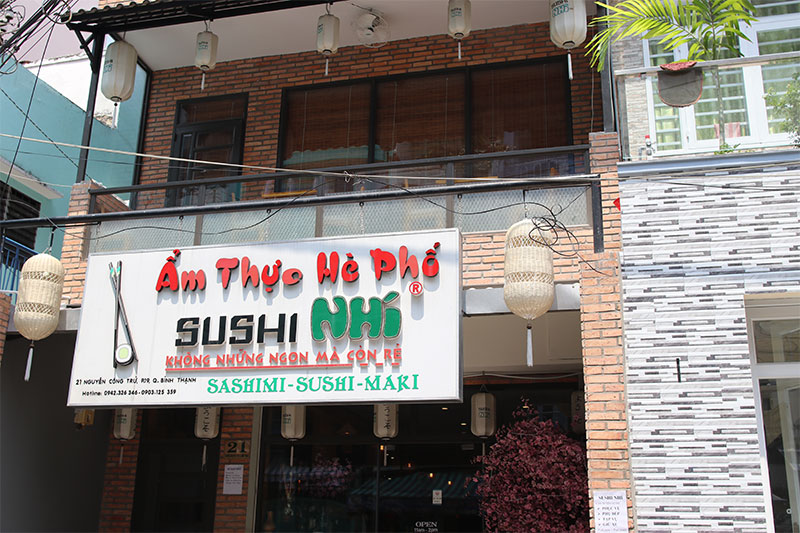 One of the most authentic Japanese spots in Saigon, Ateya’s typical izakaya style offers a peaceful escape from the constant energy in this bustling city. The udon noodle soup tastes like you could be in Japan. Wash it down with an ice cold Sapporo. 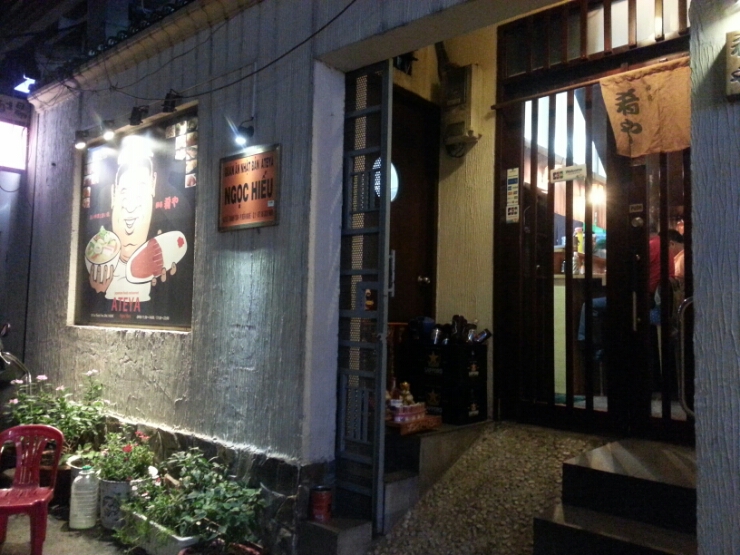 This Japanese, Italian fusion restaurant introduces a perfect blend of flavors to Saigon, set in an invitingly cozy building with exposed beams, a window-clad facade and fully-stocked bar. Delight your taste buds with the squid ink risotto.

“Little Japan Town” is prominently characterized by the tranquil and peaceful atmosphere that stays away from the hustle and bustle of the city life. Visiting this amazing destination, tourists definitely enjoy the coziness of Japanese culture.